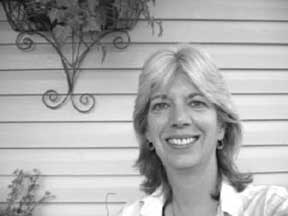 By Brian Powers
In the realm of internet-based businesses, Joyce Grant has definitely found her niche. When the Today Show recently needed a pet rock, they found that niche easily enough; so did the folks from the Drew Carey show when they needed a set of 1960's lawn darts. And if you've secretly yearned for the therapeutic touch of some Rock -Em Sock -Em Robots or a really nice Batman lunchbox, you might just find what you need at Joyce's TimewarpToys.com.

Although she's been dealing in antiques for more than 20 years, Joyce started her website for vintage toys from the 1950's, 60's and 70's in 1996, a year or so after the internet first began to take off. "I had the antique center in the Phoenicia Plaza for eight years, from '92 to 2000," she said. "In the early days I used the website mostly to have people look at items we had in the shop, and to leave bids for auctions."  In the years since however, it's evolved into something far more specialized and "very sentimental."
"Toys are a big thing to our generation" says Joyce. "When you reach 40 or so, a lot of times people want to relive their memories of childhood, of simpler times. And for people my age who grew up in the 50's and 60's, that was when the Saturday morning cartoons started, filled with advertising for Mattel, Marx, Remco, GI Joe, and Topper Toys."
A native of Chichester who's family's been here since the early 1900's, Joyce recalls that TV reception wasn't so easy to come by when she was a kid, but the grainy black and white images haven't faded much for many of us. "We got one channel, Channel 6 out of Schenectady, and it took some work with the rabbit ears."
Joyce, who authored the definitive 1999 book on collectables from the 1964-65 New York World's Fair, ended up specializing in vintage toys as a result of purchasing the content of estates for her antiques business.  "Once we bought the contents of a house in Kingston," she said. "and the biggest ticket item we sold turned out to be Green Hornet game from 1966, which brought $450. Two years ago I picked up a Hopalong Cassidy candy box from 1950, which sold  for $750."
"The internet, " says Joyce "has certainly opened up a lot of doors for selling, even if it has killed a lot of the retail antiques business." It is possible she says, to sell just about anything on line, and she regularly does that, typically bringing fifty or 60 parcels each week to the post office.  That doesn't however, include things like the occasional boat or telephone booth, sold online as "pick-up only" items.
"There's no time clock but you do have to be disciplined," says Joyce. "You can work in your pajamas, and sometimes you can have a big sale at three o'clock  in the morning. Winters are great - no travel - and the main thing is you're home with your family. But you usually do have to invest a fair amount of what I call outside time, which for me is either finding new inventory or selling for other people. That's actually turned out to be a pretty good business, and people are usually happy with the results. I sort through things for people, photograph them and write them up, sell them online, pack and ship, and I only take a commission after something's sold. It's a lot of work but it does make things really easy for people, and they're often very surprised by the prices things can bring."
Another nice thing about selling this way says Joyce "is that you learn that  people tend to be really nice and really considerate. In eight years of doing business online with people all over the world, I've never had a phone call in the middle of the night, or really had any kind of bad experience at all."
Could be that kind of history plus the pajama thing, might just swing a few more of us into sustainable home-based business mode. If Joyce's experience is any guide, might be worth a try.